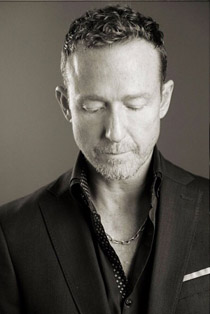 Oliver Bacchus
Oliver has worked with some of the most recognized names in the industry including Vidal Sassoon and Toni and Guy in London, Jacque Dessange in Paris, AVEDA, and Bumble & Bumble in New York. Since 1997, Studio Oliver owner and namesake Oliver Bacchus has been ranked “Best of the Best” in America. As a master stylist and colorist, He is capable of adapting to any situation be it salon, stage, or camera.

Soon after opening his salon, Oliver began working with record producers to develop the looks of many recording artists like Pink, The B-52’s,The Black Crows, 311, Pearl Jam and other music industry icon’s. Through his work with the Grammy’s and other organizations, Oliver has had the opportunity to work with some of the most notable and talented artist in the music industry. Oliver’s incredible diversity has allowed him to work with clients from a range of backgrounds and with a range of needs,including film stars,theatrical performers, motivational speakers, political figures, power house CEO’s as well as a variety of CNN correspondents. He has also personally made numerous television appearances.

For nearly two decades Oliver has had the good fortune to be a teacher, platform artist and editorial stylist in the United States from coast to coast and internationally across Eastern and Western Europe. He brings a wealth of experience and accolades including being voted “Best of the Best”, “Best Blowout”, “Makeover Master”by Allure magazine.